In pediatric case taking, one of the most important aspects of prescribing is – see the reaction of the child when you examine him. Few children will allow you to examine while a few children will refuse to be examined. The child who is uncomfortable when examined falls under the group of touch me not remedies.

Once you see that the child is not allowing to be examined, then find out his basic disposition – whether the child is an approaching child or a withdrawing child. (details explained in the book Essentials of pediatrics). A remedy will not allow examination depending on his innate characteristic and the reaction to this examination will differentiate the final remedy.

Approaching Remedies which have Fear of doctors, examination (12)

Argentum nitricum children are lively and talkative. The usual complaints from the teachers are that they are talkative during the lectures and inattentive. However, when the doctor tries to examine the child the child doesn’t want to be examined or touched due to anticipation. Nervousness is marked in Arg-Nit. Very alert on entering the clinic or when you intend to examine him, he will hold the mother or the attendant. He will hold the stethoscope while you examine him. Though an approaching child doesn’t allow you to examine him and when forced he cries. When you give him a stethoscope, he takes it, inspects it and then slowly allows you to examine. So when you help the child to drop his guard (of anticipation) then you can very easily examine him. You need to reassure him but you cannot go near him. You need to reassure him from a distance and once assured you can easily examine him with ease.

Belladonna is from the group of drug remedies and hence usually a very approaching remedy. Extroverted, open and a sweet talker. However, during acute, the child becomes angry and irritable and doesn’t want to be examined. An angel when well and devil when sick. When you forcibly examine the child, the child will pull their hair or will strike his face with his fists. They will scratch themselves with their nails. The reaction is Anger intrapunitive.

Coffea cruda is again from the group of drug remedies. These children are very approaching and vivacious. They are lively and full of plans for the future. The mind is very active, fast in understanding, fast in explaining and remembering. At the physical plane also they are very sensitive, sensitive to touch. Hence these children although approaching doesn’t allow the doctor to examine them due to their increased physical sensitivity. The infants cannot bear to be carried due to increased perception of the slightest passive motions. The skin is very sensitive and if you go near them they will scream. Sudden starting from the slightest touch.

Iodum children are very irritable and aggressive, will not allow anyone to approach them.  They don’t want to be disturbed. They are perfectly happy when playing with other children and suddenly for no apparent reason they will pick up a fight and will hit another child. Sudden, Impulsive Irritability is the hallmark of Iodum. Fear of being touched. Gets angry if someone touches them. The child is always hungry and never says no to food. Eats well but emaciates. Hot patient.

The main feature of all the Kali group of remedies is their out of proportion reaction to a normal stimulus. Any unexpected stimulus, like noise, touch initiates a severe startling reaction from a kali patient. Kali-i is an approaching kali. Very talkative, cheerful and witty. They are communicative in such a way that they really entertain people with their jokes. Though approaching, the child is a Touch me not child. And the reaction is Shrieking and weeping when examined. The reaction is sort of hysterical (out of proportion), and the sighing continues long after the doctor has stopped examining.

Lachesis belongs to an animal group and hence all the common feature of animal remedies like the competitiveness, jealousy, deceitfulness, selfishness, self-centeredness and wanting to attract other by wearing attractive clothes will be seen in the child. However, snakes are defenders and not attackers. They will attack in defense. The Lachesis child initially hesitates to come inside the clinic, fearing that the doctor might hurt him. He will be fully alert; watching and observing every gesture of the doctor (suspicious). His eye movements are very typical, rolling from side to side and observing from the corner of the eyes as if he is on a lookout for any possible threat. He has good eye contact with the doctor but hesitates to answer the questions. Also when the doctor tries to examine him, he will not allow. Touch me not (though approaching) because of cautiousness. But once he becomes comfortable, and assured that this doctor is good and not going to give him any injections or hurt him, he shows his true colors. He will move freely in the clinic, talking a lot and jumping here and there.

One of the most commonly encountered remedies is Lycopodium. This is the remedy that has two images “Nice outside the house and tyrant inside”. The reason is basically they are coward from inside, but show themselves as strong, and hence “Hard on inferior and soft on superior”. Because of this inner cowardness they get scared when examined by the doctor, but cannot express their anger on the doctor who is ‘superior’, so they will express their anger on the mother who is ‘inferior’. He will not allow the doctor to examine him. Anger with timidity surfaces on his face as the doctor approaches to examine him. The child will express his dissatisfaction towards his mother by hitting her. They fear the presence of strangers or visitors. Whenever the child goes out, he will not leave the hand of the mother. But at home, appears to be domination and shows as if he is very strong and bold.

Mag-p is a very strong antispasmodic remedy having its chief action on nerves and muscles. The nerves become very sensitive and the child becomes extremely sensitive to touch, wind, noise, excitement and to everything. Due to this hypersensitivity, the child does not want to be touched and doesn’t allow examination. When examined the child will sob spasmodically and convulsively and then will go and complain to everyone that the doctor has hit him, and he has severe pains. The remedy is very similar to phosphorus, but Mag-p is right-sided (Phos – left-sided) and Mag-p pains are better by heat.

Mercury is a very defiant remedy and the child doesn’t obey anyone and does whatever he likes. He considers everyone as his enemy and does not want the doctor to examine him. When forcibly examined, he gets angry and then shrieks, hits and strikes the doctor. The child is indifferent to reprimands and laughs when reprimanded.  The child perspires a lot and there is excessive salivation.

Phosphorus is a 3 mark approaching remedy and the child is open, extroverted and lively. The need of phosphorus child is Love. He gives love because he needs love. They are extroverted and sympathetic because they are seeking love. Usually, the phosphorus child is interested in being examined by the doctor. The toddlers are otherwise quite observant and watch carefully what the doctor is doing. Next time he will also try to imitate the same like taking the stethoscope and trying to examine others. But sometimes we also see a varied reaction in a strongly timid child, where because of his past experience of vaccination, when the doctor had given him an injection, the child remembers that and doesn’t allow examination and will scream loudly.

The Stramonium child is a scared child, feels terrified when left alone, and feels helpless and forsaken. Though an approaching child, he will not allow you to examine because of fears (feels terrified) and the reaction is screams with fright and clings to mother (panic). Clinging child. He wants to be held all the time by parents. They panic from a small stimulus. Hold or clings tightly. The child cannot bear solitude and darkness. He wants light and company. Fear of dogs.

A reckless, defiant and carefree child. These children are courageous, bold and fearless. However, they don’t want to be examined by doctor and will strike the doctor if examined. The reason is that they do not want to be disturbed and wants to do things in their way, and when you disturb them, they behave aggressively. When angry they will either strike back at you, or will bang their head (anger intrapunitive), which is the hallmark for tuberculinum. They have lots of contradictory symptoms. Bold and daring when dealing with a human, but fearful when dealing with animals. Need speed and air hence wants to go out of the house and loves to sit in front of the bike, while riding with father.

Dr. Pravin Jain is an author to numerous books in homeopathy which makes homeopathy practice easy. 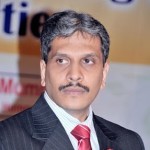 Dr. Pravin Jain MD, popularly known as a homeopathic pediatrician has 17 clinics all over India under the brand name HomoeoCARE, where he and his team treats all kind of diseases in children, including Autism, ADHD, Disability disorder, Allergies, Asthma, Tonsillitis, Dermatitis etc. HomoeoCARE was awarded as the best pediatric homeopathic clinic in India in 2019. He has also authored several books in homeopathy, and one of his book Essence of Pediatric Materia Medica is used as a text book for MD homeopathy course. 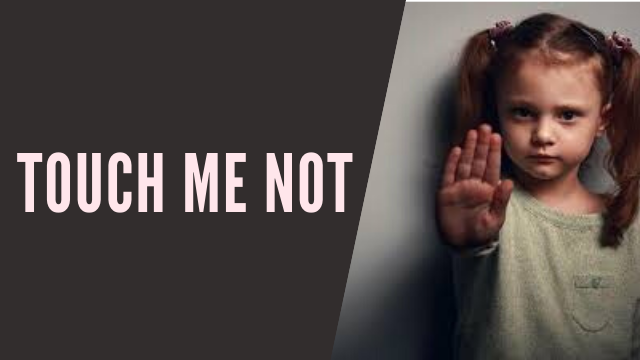 Touch me not remedies

4 thoughts on “Touch me not – approaching child”